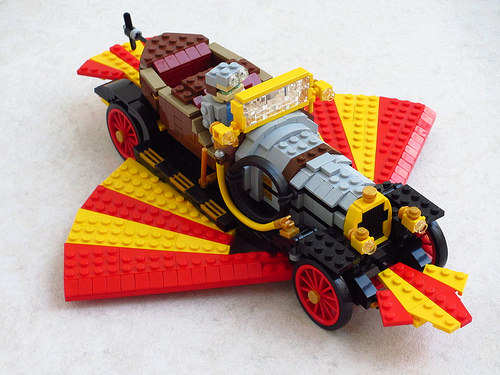 Okay, we admit it, the Elf Riot was our fault. It all started when we promised our pointy-eared workers a night off, watching a DVD. The story was based on a book by the man who wrote James Bond and the film features some explosions and a transforming car. What could go wrong?

The Elves settled down in expectation of seeing something with Megan Fox, fireballs, Megan Fox, Optimus Prime, Megan Fox… Well you get the idea. Dick van Dyke just didn’t cut it. The Elves who made it through the ensuing mutiny and endured 144 minutes of 1960s musical spectacular have been irredeemably scarred.*

Anyhow, relax and feast your eyes on Ralph Savelsberg’s latest creation in his series of vehicles from film and TV. Featuring detachable wings and a brick-built Caractacus Pott, this Lego version of the most expensive theatre prop of all time looks splendid on its vintage, 1970s wheels. Click the link in the text to see more photos of this car, including WIP shots and Ralph’s neat solution to building Chitty Chitty Bang Bang’s long exhaust pipe. 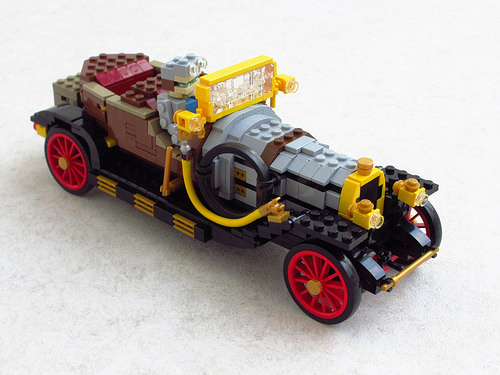 *They’ve started to demand payment in Toot Sweets instead of Smarties.