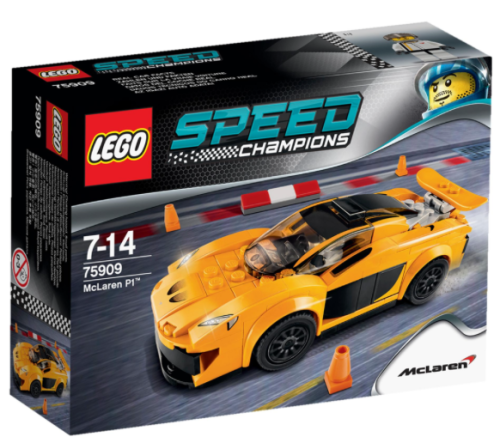 The Lego Car Blog Review My Set Competition continues apace, and today we have our fourth reader-written Review to add to the ever expanding Set Review Library. Today’s set is one of the Library’s smallest, and it’s been written by 13 year old Nicholas and his 11 year old brother Alexander. Over to Nicholas and Alexander for their Set Review of LEGO’s 75909 Speed Champions McLaren P1…

The McLaren P1. McLaren’s latest hyper car. It is absolutely amazing. Everyone loves this beauty. So it’s pretty obvious what LEGO did considering its popularity. They made a set of it. Now the real question is, how well did they recreate the P1?

The LEGO set, part of the Speed Champions range, has a great use of stickers, colors, pieces and of course the mini-figure. The mini-figure is very simple and well done. LEGO really did a good job on making this McLaren driver mini-figure.

Now to the car. The LEGO McLaren P1 is a strong and sturdy build. The building experience was great; it’s a simple, yet an easy build that just works, although 75909 does come with several stickers that need to be placed carefully, so they can line up, and that might not be the easiest for children. 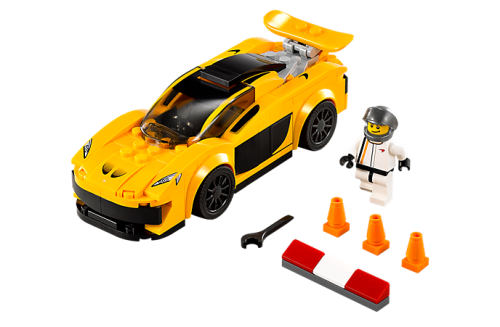 The pieces are amazing. 75909 comes with several new parts that can be used for plenty of MOCs, and a cool feature is that the rims can be switched out if you prefer one style over the other.

The stickers are pretty good, I only wish they made the stickers with a clear background so you can remake this set in a different colour and still have the stickers’ details (Us too! Ed.).

Accuracy, however, is kind of a problem. The P1 set is a too blocky and just doesn’t have the smooth design that the real McLaren car does. It is also too tall and thin, rather than wide and short.

Now price, the price of the set is $18 CAD (Canadian), and we think this is a good price for what you get. All in all, 75909 is great for the price, but we do wish that LEGO had made it a bit more accurate. We do recommend this set and rate it 10/10.

A huge thank you to Nicholas and Alexander for joining us here at TLCB to Review one of their favourite LEGO sets. The great thing about these Reader Reviews is that TLCB Team probably wouldn’t rate 75909 as 10/10, and in doing so we would be wrong! We’re not between the ages of 11 and 13, and according to the box (above), 75909 is aimed squarely at builders like Nicholas and Alexander. If they rate this set as a 10/10, then LEGO have nailed it! Great job guys, and best of luck in the competition!

If you’re reading this and you think you could write a Review for an official LEGO set that you love, hate, or are indifferent to, then get in touch!