Toyotas don’t always have the most fortunate names. There’s the ISIS, the BJ, and the perfectly-acceptable-until-recently Corona. Which is now a deadly virus. Oops. The name Corona actually means ‘crown’, just like Toyota’s Corolla, Camry, and, er… Crown.

It’s the Crown we have here, which means essentially the same thing as Corona, but doesn’t evoke the ongoing mass morbidity of the elderly. This Lego version of the Crown comes from Ralph Savelsberg of Flickr who has recreated the Japanese saloon in Tokyo Police specification, complete with authentic decals and the odd raising light-bar on the roof.

There’s more to see of Ralph’s Toyota Crown police car at his photostream via the link above, which has gotta be better than a Corona. Probably not a BJ though… 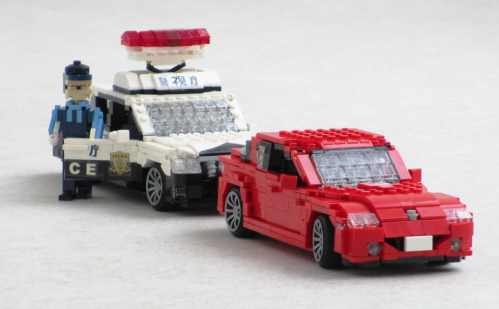 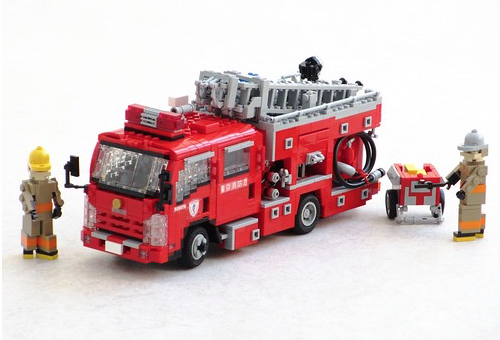 Tokyo’s 14 million inhabitants live in easily one of the coolest cities in the world. But it’s not without risks; such as earthquakes, Godzilla attack, and common fire.

Tokyo’s incredible population density, congested streets, and narrow roadways mean that to combat the effects of the above American or even European-sized fire trucks would be much too large. Toyko’s fire department therefore use a range of smaller vehicles that are better able to navigate the city (with even converted kei cars deployed in some districts), such as this Isuzu pumper.

This superbly detailed recreation of a common Japanese fire truck comes from Flickr’s Ralph Savelsberg (aka Mad Physicist), and follows his excellent Toyota HiMedic ambulance that appeared here a few weeks ago.

With accurate fire fighting apparatus (including a hand-drawn cart used for Tokyo’s narrowest alleyways), opening doors and hatches, and even a pair of brick-built fire-fighters there’s plenty more to see – click here to check out all the imagery via Ralph’s photostream. 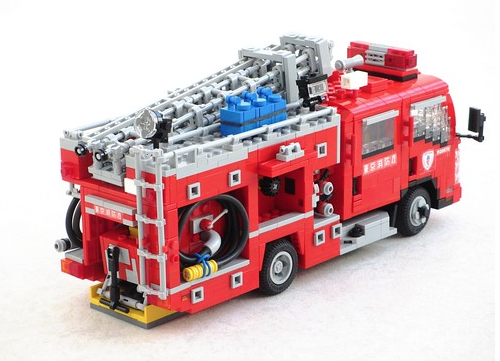