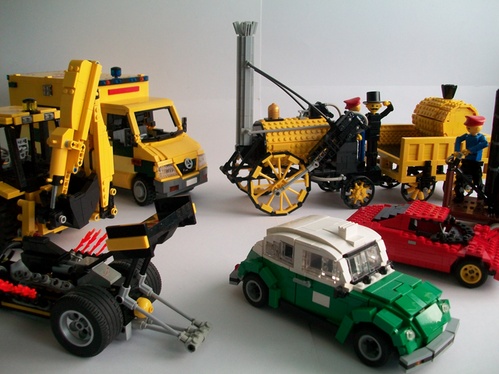 One of The Lego Car Blog’s very favourite builders has taken the brave – and often envied – step into the world of professional Lego model making. Certified LEGO Professionals Bright Bricks can now count the ridiculously talented Nick Barrett amongst their building staff. Nick joined the Bright Bricks team bringing a wealth of vehicular knowledge, which they’ve put to excellent use in their latest commissioned project, ‘Bricks in Motion’.

Bricks in Motion is taking place at the Milestones Museum in Hampshire, UK until the end of April 2015, featuring many creations by Nick, as well as few other builders including regular bloggee Ralph Savelsberg.

Nick’s creations include working vehicles commonly seen in the UK, such as this Mercedes ambulance (above), and JCB (below)…

…as well as themed creations from around the world, like these brilliant Lego taxis.

There are also a few nods to some of the most important vehicles of history, including famous ships and trains, such as the widely recognised pioneer of steam travel, Stephenson’s Rocket. 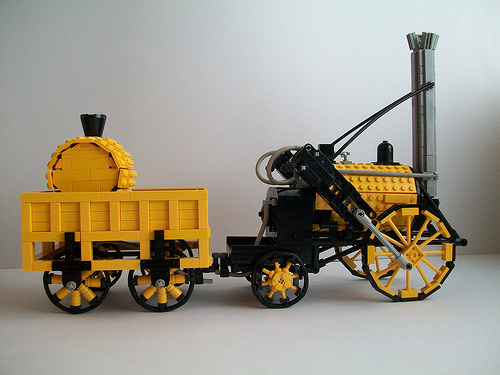 There’s lots more to see at Nick’s MOCpages account and you can see what’s on at the Bricks in Motion exhibition – including their children’s building activities and Mindstorms robotic workshops – via the link in the text above.

If you think that becoming a professional Lego model maker might be for you, then you can read our interviews with some of those who have gone pro by clicking this link to our Interviews page.