Nismo Is No More 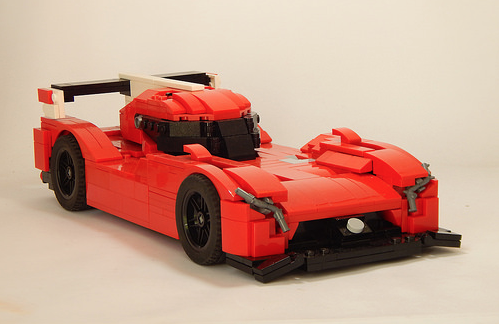 Nissan’s recent Le Mans adventure has been rather short-lived. First the brilliant looking Deltawing ran the ’00’ designation for experimental vehicles, but was sadly involved in a crash forcing it into retirement, then Nissan’s Nismo team returned with this; the hybrid GT-R LM.

Built to take on Audi, Toyota and Porsche in the LMP1 prototype category, the GT-R LM Nismo competed in just one race before the whole project was canned.

MOCpages’ Alexander Pachoaletto remembers one of motorsport’s most recent high-profile failures with his tidy Model Team recreation. complete with some of the most ingenious headlights of any model to appear here. There’s more to see of Alex’s Nissan GT-R LM Nismo at the link above.