You Spin Me Right Round* 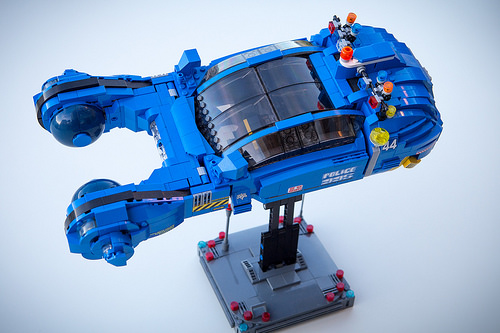 There have been countless versions of the ‘Spinner’ police cruiser from the 1982 Philip K. Dick epic Blade Runner built in Lego form, yet builders always seem able to find new ways of perfecting the iconic hover-car. This latest version is the work of Davidup of Flickr who has used LEGO’s large window pieces to great effect to create the Spinner’s canopy. A highly detailed interior lies underneath it and there’s more to see of the complete build at Davidup’s Flickr album – head to the future in 1982 via the link above.

One thought on “You Spin Me Right Round*”