Let’s Get Ready to Ramble! 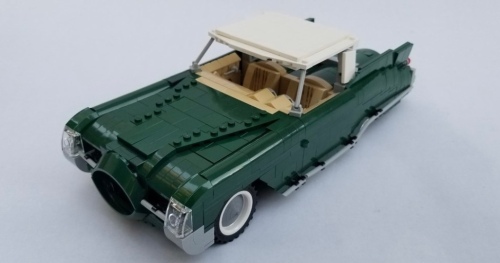 This is a Nash Rambler Palm Beach, a concept car from 1956 styled by Pininfarina that sadly never made production but that unusually still exists today.

This beautiful Model Team recreation of the Palm Beach comes from Tim Inman of Flickr, who had replicated the stunning ‘50s lines superbly in Lego form, complete with a realistic straight-6 under the hood and an accurately detailed interior behind the opening doors.

There’s more to see of Tim’s Nash Rambler concept at his photostream; click the link above to head to an American motorshow c1956.

*Today’s travesty of a title song. It reached #1 in TLCB’s home nation. The same country that brought the world The Rolling Stones, The Beatles, Queen, and Oasis. We’re not sure what happened in ‘94.