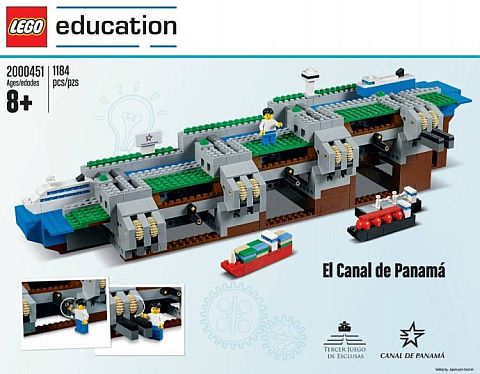 One of the Seven Wonders of the Modern World, the Panama Canal opened just over 100 years ago, taking over 30 years to complete and costing an estimated 28,000 people their lives. Started by the French in the 1880s, the project was completed by America in 1914, whereupon it completely transformed the worldwide shipping industry. No longer did vessels have to navigate the lengthy and dangerous Cape Horn – the tip of South America – instead able to cut straight through the centre of the Americas.

To date almost 1 million ships have passed through the canal, each taking around seven hours to traverse the 77km mix of channels and artificial lakes, and the three huge sets of locks.

It’s these locks that are the defining characteristic of the canal, allowing the water and the ships that float upon it to rise and fall with the land in order to cross from one side of the continent to the other.

So important is the Panama Canal and the locks that allow it to function that their width and length has become the determining factor for shipbuilding, with ships built specifically to the largest size that is able to fit through them, known as ‘Panamax’.

Today though, we have a set of locks that are rather smaller. This wonderful new set comes from LEGO Education, and it recreates the third set of locks of the Panama Canal.

Constructed from over 1,180 pieces, the 2000451 El Canal de Panama set is built in five sections (plus a few micro-scale ships), allowing five children (or adults!) to contribute to the finished model simultaneously. Each section contains a set of gears and mechanically operated lock gates, allowing the ‘water’ to rise and fall as the gates are opened and closed. We’ve seen similar mechanisms in paper or card form, but not yet in LEGO, and it seems to work beautifully – making this set a great learning aid for the those wishing to understand both mechanics and hydrodynamics.

Originally destined just for sale in Panama, the LEGO Education 2000451 El Canal de Panama set is now available with worldwide shipping (we do hope this means that some sets will travel through the real world counterpart!), and can be bought via the Panama STEM website.

If you’d like to get your hands on this unique limited edition set click on the link below to visit Panama STEM, and you can watch the Lego locks in action on YouTube by clicking here.