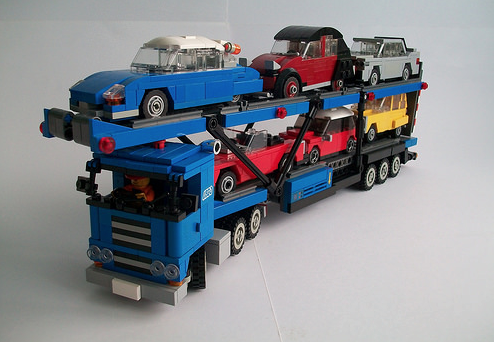 Discovered by both a very excited TLCB Elf* and a TLCB Reader, today we’re bringing you seven models in one! TLCB favourite (and previous Master MOCer) Nick Barrett has beautifully reconstructed six cars that he’s previously owned, plus a truck on which to transport them.

The truck steers and the trailer has a realistic mechanism to allow the cars to drive on, but really it’s all about that payload. See if you can identify all six of Nick’s eclectic cars before visiting MOCpages or Flickr to find out if you’re right! 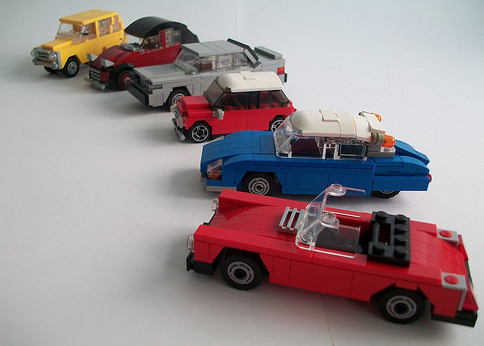 *Which did of course try to ague that 7 meal tokens and 7 smarties were an appropriate reward. It did not win its case.

One thought on “Rolling a Six”