What a Difference a Stud Makes

You might not think there’s much between six and seven (according to TLCB calculator it’s just one in fact), but as your Mom will confirm, one can make all the difference.

Suggested by a reader via the Feedback & Submission Suggestions page, Gerald Cacas’ Speed Champions Ford Fiesta M-Sport WRC is just one stud wider than LEGO’s official – and really rather good – 75885 set (pictured below), but boy does it make use of that extra stud!

Whilst utilising the best bits of the official set, Gerald’s widened version adds in a brilliantly detailed engine bay (under a newly-hinged hood), a rally-spec interior, opening boot-lid, and a chunk more visual detail, including a brick-built windscreen which makes a world of difference from the slightly inappropriate fighter-cockpit of the original. 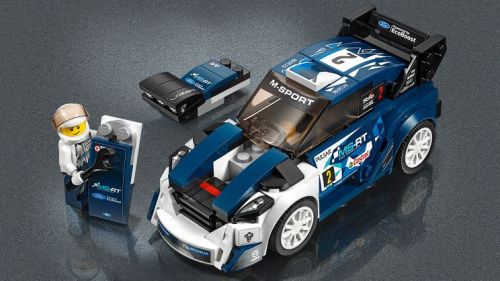