If there’s a car more likely to go sideways through a bus stop, we’re yet to find it. The morons that drive Ford Mustangs aren’t exactly the fault of the car though, so let’s enjoy it for what it is; an over-powered, under-suspended bargain of power per dollar. This Model Team Mustang GT500 comes from Flickr’s Captain Chinchilla, formally Senator Chinchilla but now part of the witness protection programme or something, and is a rather nice homage to the most crashed car in the history of car meets. Head to Flickr via the link above before someone drives it through a crowd. 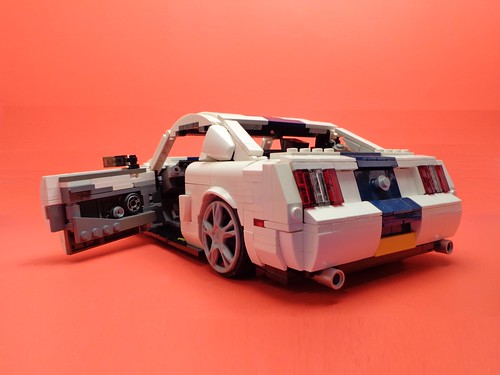