On Wings of Gold 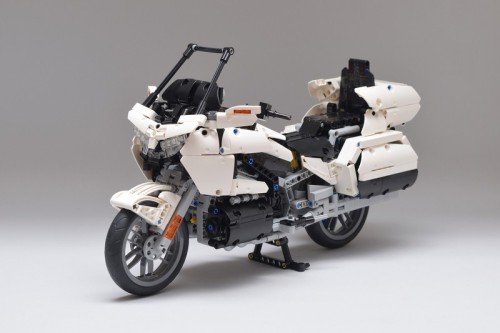 This a Honda Gold Wing GL 1800, and it has – despite quite clearly being a motorcycle – an engine twice the size and with twice the cylinders of the most popular cars in TLCB’s home nation.

The Gold Wing first arrived in 1974, being aimed squarely at the American touring market. In continuous production since, apart from in 2011 when production moved from the U.S. back to Japan, almost 650,000 Gold Wing motorcycles have been built, with the latest versions such as this GL 1800 featuring cruise control, a stereo, a reverse gear and even an airbag.

This brilliant Technic recreation of Honda’s fattest motorcycle comes from Fanylover of Eurobricks and like the real bike it’s packed with features, including a flat-6 piston engine, front and rear suspension, steering, and a two-speed gearbox.

Build details and more images, including photos of the frame construction, can be found at the Eurobricks forum. Click the link above to go touring. 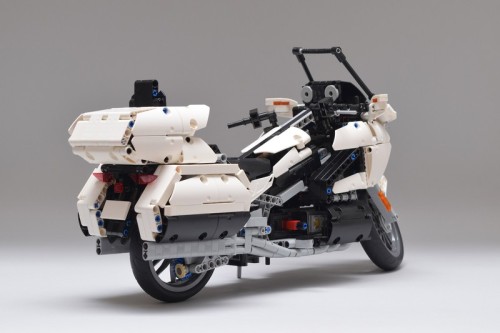