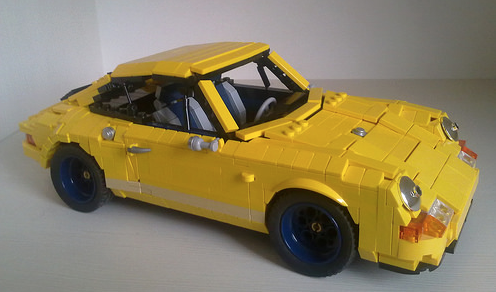 The Elves, still on the hunt for scary Lego cars this Halloween, have discovered one of the scariest. The 1970s-1980s Porsche 911 might not look fearsome, but it’s responsible for more brown-stained pinstripe suits than probably any other car.

By the 1970s the Porsche 911 was producing a fair amount of power, but tyre, braking, and suspension technology was lagging some way behind. To make matters worse for unsuspecting bankers, the 911’s engine was lagging behind too – quite literally. Mounted behind the rear axel the heavy flat-6 caused a huge pendulum effect when cornering, swinging the car violently one way and then the other.

Sadly for the 911 and its owners, this meant many didn’t make it out of these decades in one piece. And if the unhinged handling wasn’t frightening enough, you could order your 911 with even more power – courtesy of Porsche themselves who bolted a turbocharger on (and in the process defined the term ‘turbo-lag’), or tuning specialists Singer, who created cars like the canary yellow example pictured here.

Built by Flickr’s Rolic this Model Team Singer 911 features all the design cues that made the car such a hit a few decades ago, and is so realistic it’ll probably end up smashed into a cupboard before long.

See more of the scary canary at the link above before an over-confident Technic figure stuffs it. 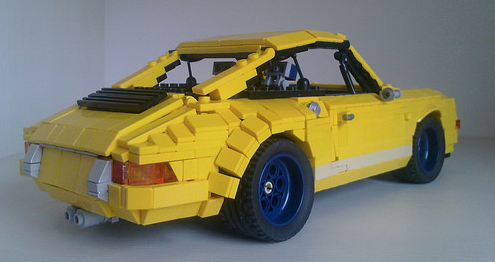