Group of the Month – Head Turnerz 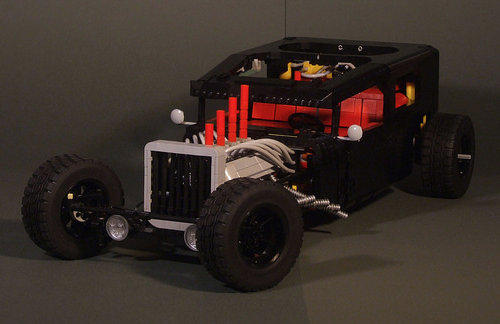 It’s time for another trip into the online Lego community, as we resurrect the oft-forgotten ‘Group of the Month’ segment here at TLCB!

Much of the online Lego community is centred on Flickr; it’s a happy hunting ground for our Elves and is free from the ratings madness that blights MOCpages. Head Turnerz – one of Flickr’s most prolific vehicular groups – was founded there last year by a few ex-MOCpages users, and it’s rapidly grown to accommodate almost 100 members. We asked one of their admins to describe what the group is all about; “Head Turnerz is the group for LEGO car enthusiasts of all kinds, from stock standard to heavily modified and everything in between, Head Turnerz has it all!”

We’ve featured a number of creations from the Head Turnerz group here at TLCB, and both of today’s finds hail from one of the group’s monthly ‘meets’. Their February meet is all about hot rods & customs, from ’32 Ford Hi-boys all the way to slammed ’49 Mercurys, as demonstrated by Thomas Graafland‘s stunning rat rod above and Aaden H‘s slick ’30 Ford Model-A below.

You can see all of the group’s creations and join in the fun by visiting the Head Turnerz Flickr page here.

2 thoughts on “Group of the Month – Head Turnerz”