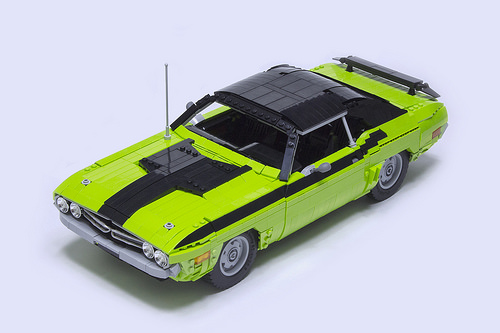 Launched in 1970 the Dodge Challenger was the Chrysler Corporation’s answer to the Ford’s Mustang and General Motors’ Camaro. To compete with the wide variety of models available from Ford the Challenger could be specified in a myriad of engine and trim options, from a 3.4 litre slant-6 making about 4bhp to the monstrous 7 litre and 7.2 litre Hemi and RB V8s. You can guess which end of this scale we have represented here today!

The original Challenger only lasted a few short years, arriving very late to the muscle car party when most people were already passed out or staggering home. The fuel crisis of the 1970s didn’t help much either and the Challenger was gone by 1974. Despite its short lifespan though, original Challengers are seriously sought-after, and the design made enough of a lasting impression for Chrysler to resurrect it with a retro-styled reboot in 2008, a car which is still available today.

This absolutely spectacular 1971 Dodge Challenger R/T (with the big V8) comes from previous bloggee Dave Slater who has captured the real car beautifully in Model Team form. Opening doors reveal a wonderfully detailed interior, whilst the iconic hood can raise to reveal a stunning (and very orange) replica of the 426 Hemi V8 underneath.

There are lots more brilliant images to see at Dave’s Dodge Challenger R/T Flickr album – click the link above, find an empty and dead-straight road, and nail the throttle. 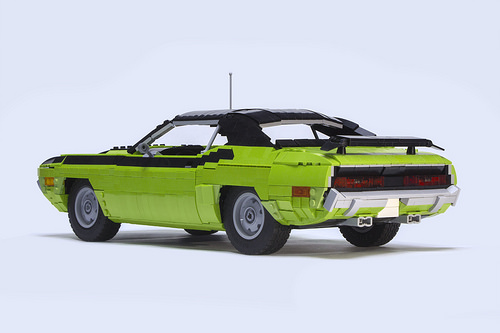