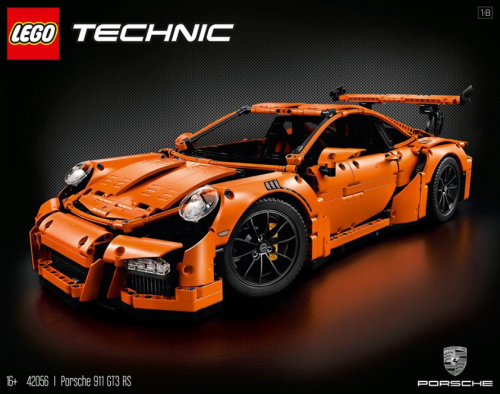 Officially licensed by Porsche, 42056 is one of the largest and most complex sets ever released by the Technic line, featuring over 2,700 pieces and aimed at ages 16+.

Unlike the first spy-shots of this set, the final production version drops its camouflage paint-work as we expected and now wears a gloriously bright orange hue. 42056 also debuts several new pieces not seen before, rides on unique replica Porsche wheels and wears authentic Porsche decals throughout.

The building process has been designed to mirror the way the real car is manufactured, which is an interesting variation from the usual Technic construction process, and each model contains a collectors’ book and an individual serial number, which means we fully expect many of these sets will sit forever unopened in the hands of speculators (boo).

That’s a shame, because 42056 contains some fabulous engineering which has raised the bar in terms of what can be expected from an official LEGO product.

Alongside the usual working steering, suspension and piston engine there is a functioning double-clutch gearbox complete with steering-wheel mounted paddles, just like the PDK transmission used on the real car – something our in-house engineers cautiously hoped for when they dissected the very first teaser image of this set back in January. With four speeds operable from the steering wheel we’re expecting some rubberised or elasticated witchcraft from LEGO’s design department, and it could be the most inventive function added to an official LEGO set in decades.

Opening doors, engine lid, glovebox and trunk all feature, as does Porsche branded luggage and a fully detailed interior with racing seats.

Available from June this year, we’re already saving up to get our hands on 42056 (unless anyone at LEGO is willing to give us a copy!), and we anticipate an RRP of around $300/£250. 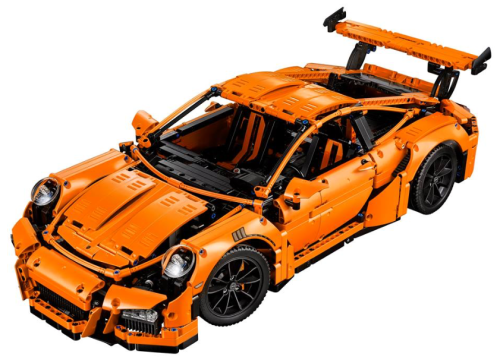