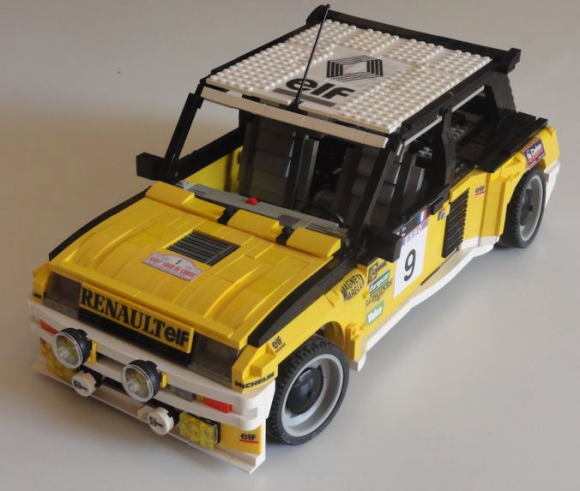 Downsized turbocharged engines are all the rage now, but Renault had the formula nailed more than thirty years ago. The little R5 was powered by a dinky 1.4 litre motor, one that in rally-tune kicked out over 200BHP. America couldn’t get that much power from a V8 four times the size…

The downside of all that power from such a small engine was chronic fragility, and the road-going R5 Turbo quickly gained a reputation for not working a lot of the time – which meant that it nicely set the tone for the next three decades of French automotive production.

However, unreliable though it was, the R5 Turbo is still regarded as one of the greatest motoring achievements of the 1980s, winning four WRC events and pioneering turbo-charging for the masses.

This brilliantly-built Model Team recreation of the 1982 Tour de Corsa winning rally R5 Turbo comes from MOCpages’ REGIS Michel, with Power Functions remote control drive, working lights, and some of the nicest decal-work* we’ve blogged. There’s more to see at his MOCpage via the link above.

*This particularly excited our Elves for some reason.

5 thoughts on “A Tiny Turbo”