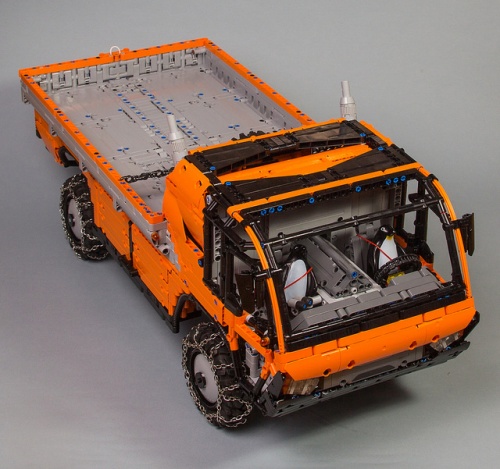 Suggested by a reader, and then necessitated by a massive Elven tantrum, today’s post comes from previous bloggee Alexey Tikhvinsky aka SilenWin. It’s based upon an earlier blogged creation of his, which it turn was based upon a model by another previous bloggee Lucio Switch back in 2015.

The subsequent three years of development has led to this, the ‘Indominus Mk3’. Driven by four RC Buggy Motors – the most powerful motors LEGO have ever produced, with two BuWizz third-party bluetooth bricks delivering up to eight times the power of LEGO’s own Power Functions system, pneumatic shock-absorbers, and portal-axels with planetary gear reduction, SilenWin’s Indominus trial truck can go just about anywhere and over just about anything.

We’re going to explore this all-conquering ability in the corridors of TLCB Towers today, where there may be some ‘accidental’ Elven casualties. Whilst we have some fun at the Elves’ expense you can check out full details of the build on Eurobricks plus you can see all of the images on Flickr here. 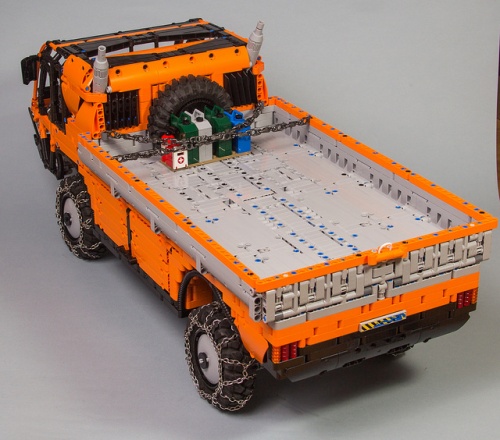