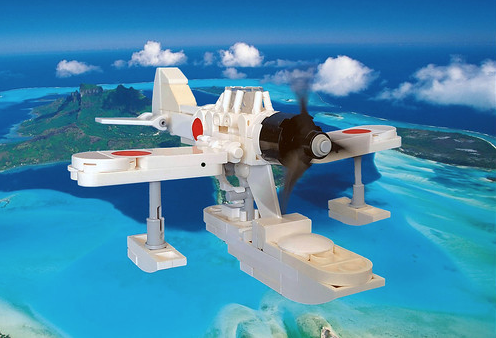 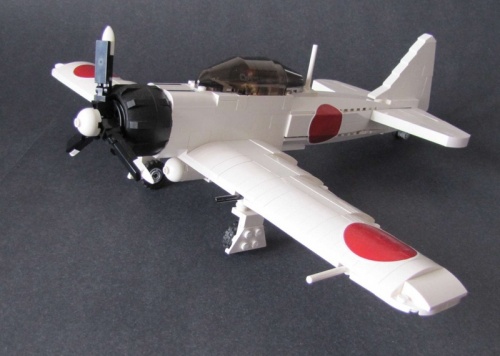 But it was made by a car manufacturer, and very probably their most famous product too. This is of course a Mitsubishi A6M Zero fighter from the Second World War, and it’s been neatly recreated in Lego form by James C of MOCpages. James’ updated build includes a mini-figure pilot, working landing gear, and custom decals, and there’s more to see on MOCpages via the link above.

…but probably the most popular plane to appear here at The Lego Car Blog. Lego builders love the Mitsubishi Zero, and they keep finding new ways to recreate Japan’s most famous fighter. This version comes from MOCpages’ James C, and he’s captured the Zero’s iconic shape beautifully. There’s more to see at his MOCpage – click the link above to fly over.

The Lego Car Blog has featured numerous Mitsubishi A6M Zeros over the years, and Flick’s Daniel Siskind has been refining his mini-figure scale version of the famous fighter aircraft for almost as long. This is his latest version, and it’s pretty much perfect. See more at his photostream via the link above. 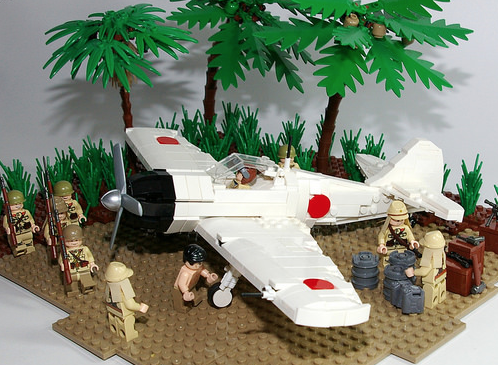 Mitsubishi might be best known for the Lancer Evolution (although we’re not sure if anyone’s actually buying them anymore), but it wasn’t a car that put the Japanese company on the map. It was this, the deadly A6M Zero fighter. This lovely recreation of the classic warplane has been built by Flickr’s LegoUli and you can see more at his photostream by clicking here. 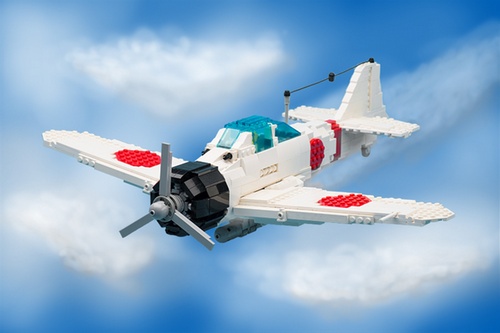 This World War 2 Japanese A6M2 Zero fighter by Andrew Jodeit was found by one of our Elves on MOCpages. We’ve written a little about the history of Zero here before, se we’ll jump straight to the all-important link – click here to see more!

This beautiful looking aircraft is a Mitsubishi A6M Zero, as flown by the Imperial Japanese Navy Air Service during the Second World War. The Zero entered service in 1940 and quickly gained a fearsome reputation as both a long range fighter and dogfighter, with a kill ratio into double figures.

Constructed as a single piece (unlike the American and European planes of the time) it weighed about half that of its opponents and could out-turn anything else that flew during the war. Unfortunately this strategy meant it was lightly armored and under-powered, and the Zero rapidly became obsolete during the ultra fast technology progression of Word War 2, ending its days as a Kamikaze weapon, long before Al Qaeda made it cool.

Mrutek on Flickr is the builder behind the Japanese warplane forever immortalized by one terrible day in December 1941.