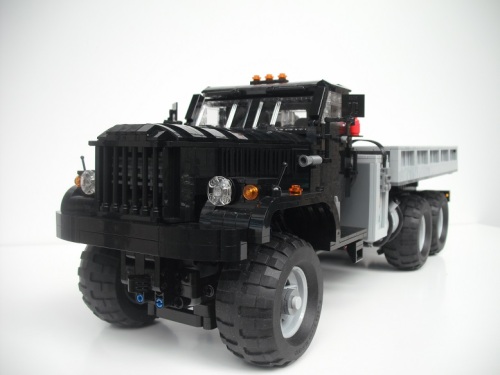 This is a Ukrainian KrAz 255 6×6 off-road truck, launched in the late 1960s by the Communist Party of the Soviet Union. The KrAZ factory actually started out making bridges, then combine harvesters, before moving on to military trucks. Communism meant you built what you were told to…

KrAZ were good at trucks though, and in 1971 they were awarded the Order of Lenin (the highest decoration bestowed by the Soviet Union) for their successes, and their products were exported to several countries around the world.

Since the collapse of the Soviet Union KrAZ are no longer under the control of the state, and – a little weirdly – are supplying vehicles to the Ukrainian army to defend Ukraine from invasion by their old masters Russia.

This superb Model Team style recreation of the Soviet-era KrAZ 255 is the work of xxtruck of Brickshelf, making his TLCB debut. Underneath the realistic exterior is a remotely controlled 6×6 drivetrain, working suspension on all wheels, a detailed engine and interior, and functioning head and tail lights.

There’s lots more of the KrAZ 255 to see via xxtruck’s Brickshelf Gallery – take a look via the link above. 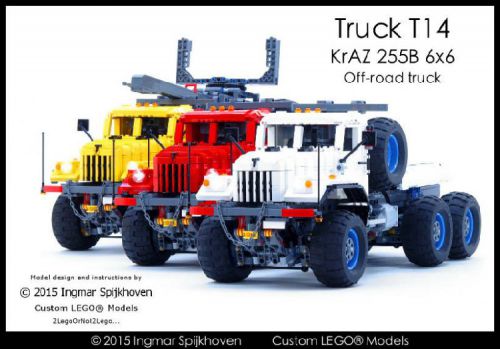 MOCpages’ Ingmar Spijkhoven, a veteran of The Lego Car Blog, is back, with not one but three incredible remote controlled KrAZ 255B trucks. In fact there are nine models, once all the possible combinations of tractor and payload are included.

Powered by an XL motor each, with 6×6 drive, a working V8 engine, servo steering and solid axle suspension on all wheels, Ingmar’s KrAZ trucks are an engineering triumph. 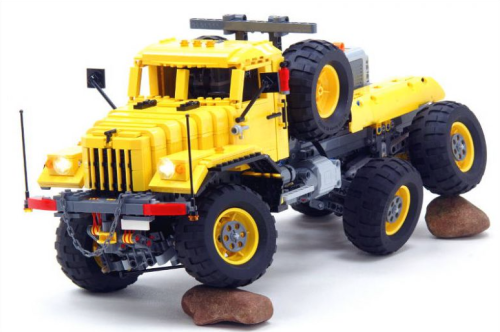 Ingmar has designed three versions of the KrAZ 255B; flatbed, truck-trial (above) and logging (below). All are available to view on MOCpages, where full technical details can also be found, along with an extensive gallery of the features of each truck and payload combination. Click the link above to make the jump. 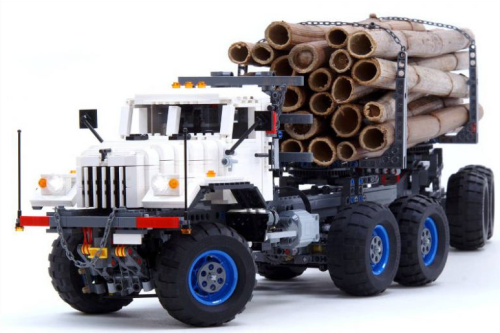 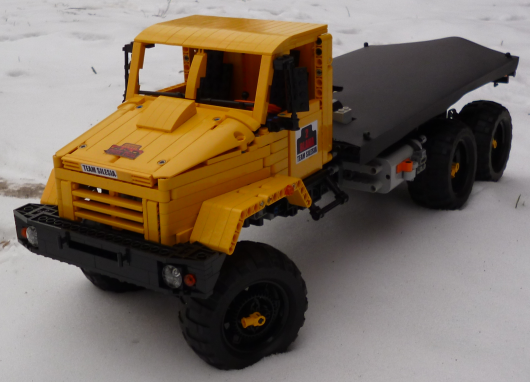 Ukraine might be in the news at the moment for all the wrong reasons, but they still build a mean off-road truck. KRaZ has been at it since 1946, and this one is a 6233 in Truck Trial specification. Built by blaha it was discovered on Brickshelf, and you can see more at the link.