Ferrari didn’t allow Miami Vice to use their cars, because they are – famously – dicks when it comes to their brand protection. The producers decided they wanted Ferraris anyway, and commissioned Corvette-based replicas to create their desired movie cars. We’re not sure who had the last laugh there, the Miami Vice production company or Ferrari, who received marketing for free without even having to lend out a couple of cars.

This neat replica of a replica of a Ferrari Daytona Spider in Miami Vice black on Magnolia spec comes from previous bloggee Jonathan Elliott, and a rather splendid job he’s done too. See more at the link above.

Italian-Americans often seem to be more Italian than actual, you know, Italians. Maybe that’s why Moto Guzzi, Europe’s oldest motorcycle manufacturer in continuous production, have named as many of their bikes after American places as Italian ones.

This is one such bike, the Daytona 1000, as built by previous bloggee Angka Utama. Powered by a V-Twin producing around 100bhp the Daytona was a quick bike in its day, and was produced during the ’90s when the brand was under DeTomaso’s ownership.

There’s more to see of Angka’s excellent Model Team recreation of the Moto Guzzi Daytona 1000 at both Flickr and MOCpages – click the links to go for a ride. 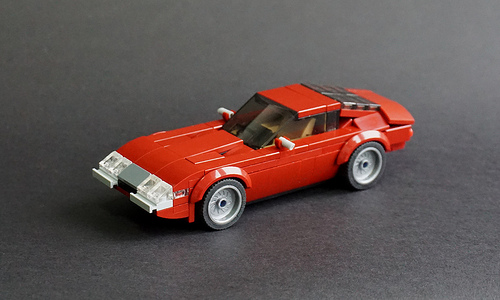 Today’s second Speed Champions scale creation comes from another TLCB regular. Jonathan Elliott has appeared here numerous times with his fantastic replica classics. His latest creation is this, the glorious Ferrari 365 GTB/4 ‘Daytona’. Capturing the iconic shape perfectly, Jonathan’s 1969 Daytona is certainly a match for LEGO’s own official Ferrari Speed Champions sets. Take a look via Flickr at the link above and ask Jonathan to submit it to LEGO Ideas… 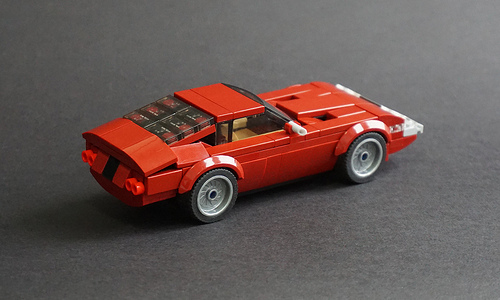 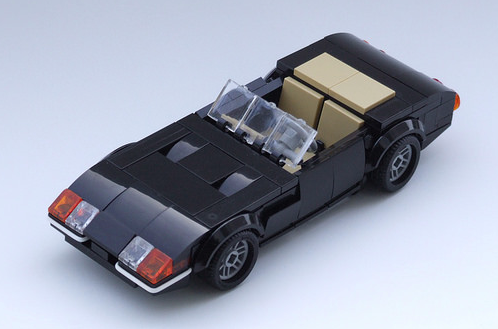 This glorious Ferrari 365 GTB/4 Daytona Spider in Miami Vice specification was suggested to us by a reader. It’s the work of Flickr’s ER0L, and it’s one of the most perfectly executed Town-scale replicas we’ve seen. More photos are available at the link above. 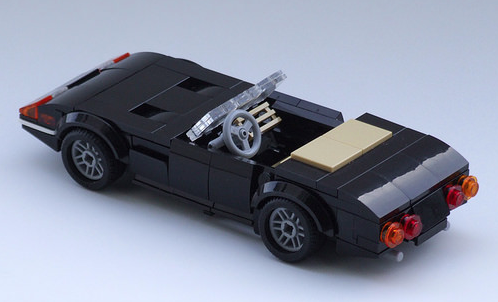 Stephen Sander makes his second appearance here at TLCB by making an already cool creation even cooler; outdoor pictures for the win! See more of his Miami Vice Ferrari Daytona on MOCpages here.

Acceptable in the ’80s 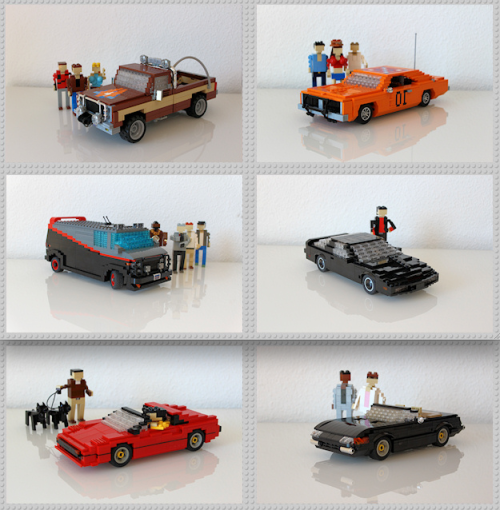 This is about as much epic as we can fit in one post here at The Lego Car Blog! Stephan Sander on MOCpages has recreated the coolest cars from the coolest shows of the 1980s, and every one is as good as anything we’ve blogged here to date. Built in LEGO’s own ‘Miniland’ style each vehicle even includes the lead characters from the relevant TV show. See if you can identify them all! Oh, and check out Stephan’s website here – where there’s even more ’80s automotive goodness available.