But a pair of Abt locomotives that are, well… beautiful. We thought Abt were a motorsport company specialising in Volkswagen Group products, but then we are a car blog after all. Sharing a name but otherwise totally unrelated are these Abt locos built for the Mount Lyell Mining Company’s narrow gauge railway on the Tasmanian West Coast. And they really are built for Tasmania’s West Coast, as builder Alexander (aka narrow_gauge) was commissioned to create these for The West Coast Wilderness Railway who now run the real restored locomotives. Custom decals, 3D printed valve gear and motors complete the realism, and there’s more to see at Alexander’s photostream via the link above (or at the The West Coast Wilderness Railway Museum).

But one heck of a beautiful steam train. And who doesn’t like steam trains? This particular locomotive is a New South Wales AD60 Class, of which 42 were built in the 1950s. Coming right at the end of the steam’s reign on the railways the AD60 Class were the most powerful locomotives ever used in Australia and this 97 stud long replica packs a punch too, being powered by twin Power Functions XL motors. Alexander of Flickr is the builder behind this stunning recreation of the AD60 and there’s lots more to see, including some ingenious ‘how to’ photos detailing the hidden building techniques, via the link above.

Brute of a Ute 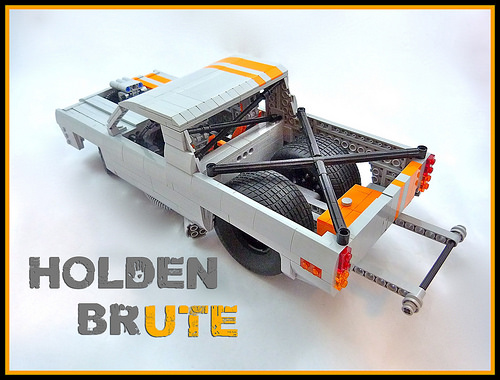 The LUGNuts group on Flickr is currently holding a dragster contest and Lino Martins has produced a souped-up ute in response. The “ute” is a classic vehicle of the Australian outback, like the pick-up in North America or the camionetta in South America. Holden still produce utes, despite having been subsumed into the General Motors empire. With an engine of 6.2l available as standard, we don’t think that you’d need to do much to make a great drag-racer of this car. It’s also the only car manufacturer’s website that we’ve visited with a button to press just listen to the engine noise. Click here to see Lino’s ute at full size and click here to hear the roar of its modern counterpart. 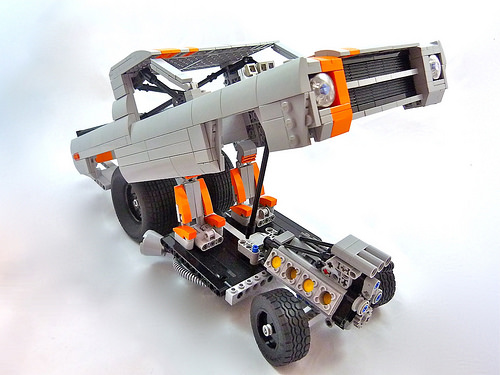 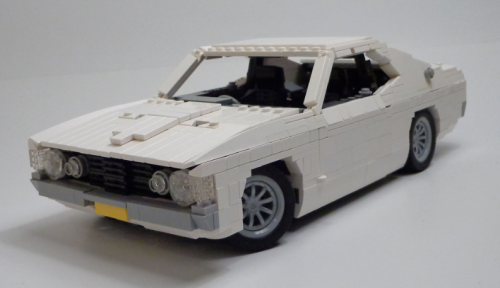 This beautiful classic Ford Falcon XA comes from TLCB regular Senator Chinchilla. There’s lots more of this Australian classic to see on Flickr – click here to make the jump to the Senator’s photostream.

Australia is mostly a big empty bowl of dust, and the few people that live in its vast interior are a long long way from everything. If you fall ill or get injured in the outback you’re in for quite a wait to get medical assistance. Which is where the Royal Flying Doctor Service comes in, saving lives from the skies. Using planes such as this GAF N22C Nomad short landing and take-off aircraft, the flying doctors can get to those in need in a matter of hours. Previous bloggee Henrik Jensen has recreated the twin-engine Nomad superbly, and you can see more at his Flickr photostream by clicking here.

The 2015 Formula 1 championship kicks off in Melbourne Australia today! Will anyone challenge Mercedes? Will Maldonado get around Turn 1 without crashing into anyone? Will McLaren even finish? There’s only a few hours to go before we find out!

Oh, this lovely Ferrari SF15-T is the work of Nathanael L (aka Lego Builders) of MOCpages and Flickr. It’s gotta be better than last year’s car right?

This classic Holden one-ton ute is probably the most Australian thing this side of a hat with corks. But they don’t have wheels so this’ll have to do. Plus it’s also allowed us to write an obscure – but very clever if we say so – Australian band reference as a title.

Anyway, back to the Holden. It’s a half car, half flatbed V8 mongrel that’s so manly just sitting in it would make you pregnant. Even if you’re a dude. Flickr’s Senator Chinchilla built this Model Team version of the Holden in less than 24 hours to limit his exposure, but if we were him we’d still take a trip to the pharmacy for one of those blue sticks.

You can see more of the Senator’s classic Aussie on Flickr – click here to go to the land down under. 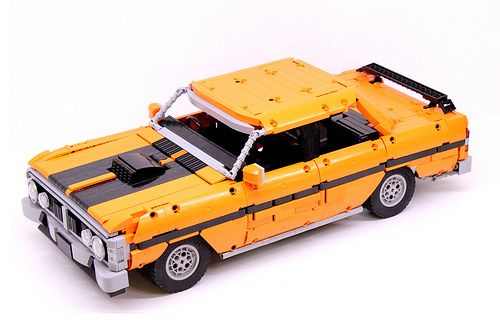 Australia’s muscle car tradition is as strong as the US’s, and whilst their road racers are derived from their US parent companies, they were very much home-grown down-under.

Sadly in recent times all mass vehicle production has, or will very shortly, cease in Australia, with GM (Holden), Ford and Toyota all abandoning manufacturing in the country. Doc Brown’s 1971 Ford Falcon XY GTHO remembers a time when the industry was flourishing, and you can see more of his Power Functions controlled Technic supercar at both Eurobricks and Flickr. 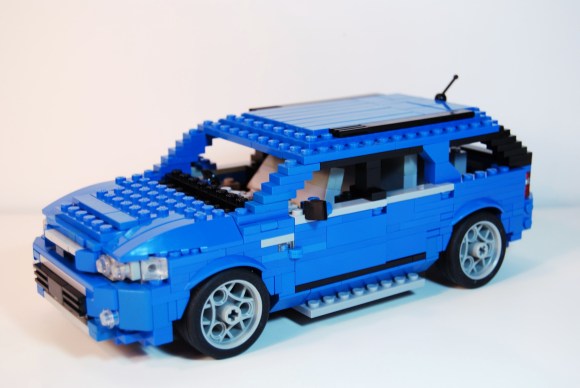 Another day, another Elf, and another Smartie and meal token awarded. Today’s lucky worker earned its dinner via Brickshelf, where digital specialist lego911 has recently uploaded a few brick-built creations. This one is a 2009 Ford Territory, a yawningly boring SUV built by Ford Australia.

Ford Australia, GM Australia (Holden) and now Toyota Australia have all recently announced they will no longer be building cars in the country. Sadly this is very bad news for the thousands of workers in the manufacturing plants, and the many more who work in the supply chain; our sympathies and best wishes go to all affected.

But on the brightside the Territory will be no more too. You can see more of this one and lego911’s other creations by clicking on the link above.